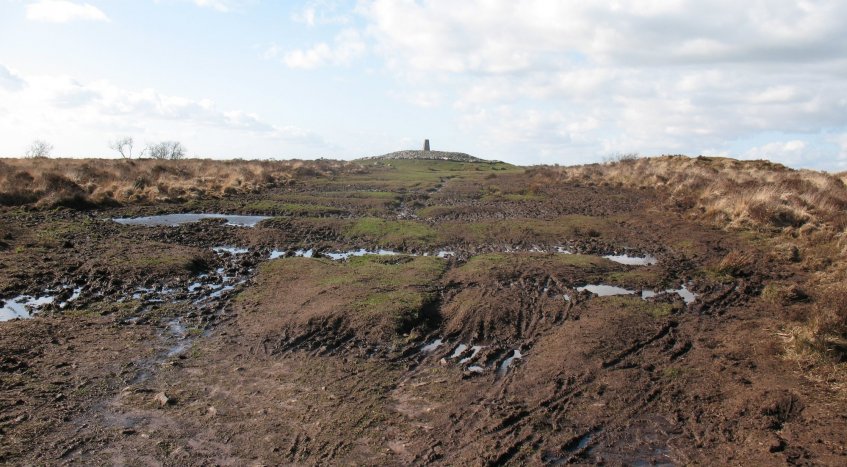 Black Down is the largest area of lowland heath in the AONB and a SSSI. The largest Scheduled Monument in the Mendip Hills, it was 'at risk' from erosion.

One main path along the spine was becoming heavily eroded, and the Monument was 'at risk': a combination of soft peaty soils, heavy rain and recreational use resulted in the path becoming quite a miserable experience as well as damaging the habitat and archaeological features either side.

The Mendip Hills AONB Unit was successful in bringing in funding from Natural England and Historic England to restore the eroded path. Local aggregate and access routes were all carefully chosen to be sympathetic.

600 metres of path has been restored with 1425 tonnes of stone and the Black Down Scheduled Monument has now been removed from the 'at risk' register.