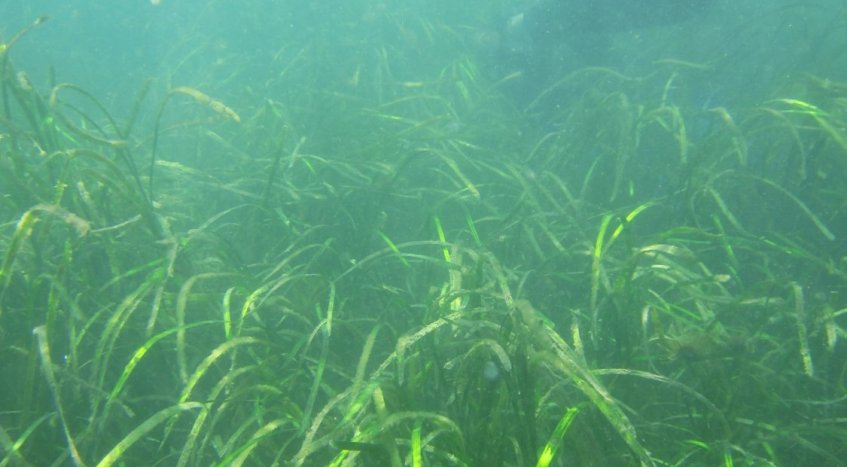 Conservation of Seagrass meadows over fifteen years has delivered results and in 2019 seagrass beds have been seen to spread. Responsible motor boating and improved mooring will help the habitat recover further. Safe swimming and snorkelling areas have been created so that seagrass might be discovered and enjoyed.

Seagrass meadows are a rich habitat, supporting a truly jungle-like community of marine life of global importance for their carbon capture and storage; and locally supporting a particularly unusual community of marine life rarely found elsewhere such as intertidal fan mussels. The AONB team have also undertaken Pacific oyster surveys and contributed to marine Biosecurity Plans.

All five of the South Devon AONB estuaries and much of the coastline and inshore waters are formally designated for their biodiversity.