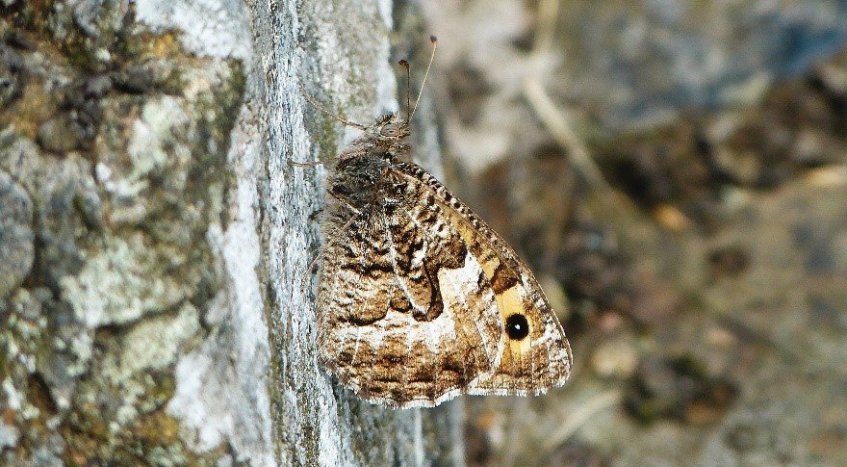 Grayling Butterfly back from the brink

Habitat restoration for grayling butterfly in the Malvern Hills AONB resulted in highest grayling numbers for many years in 2017. Large areas of scrub have been removed from the rocky outcrops that are essential for the Grayling's survival, Worcestershire's rarest butterfly.

The Grayling has been recorded along the eastern slopes of the Malvern Hills since at least 1853 and once occurred along the full length of the Hills.  Its range has declined dramatically in recent years and it is struggling to survive. The butterfly needs areas of bare, rocky outcrops which are  open to the sun where they can warm themselves and mate, preferring to then lay their eggs on short tufts of fine grasses. Unfortunately, many of these favoured areas were becoming smothered by encroaching gorse, broom, bramble and trees.

To aid the survival of this species in the area large areas of scrub have been removed from the rocky outcrops that are essential for the Grayling's survival.  Re-establishing more open grassland on the higher slopes of the hills with a mix of trees and scrub on the lower slopes encourages the greatest diversity of wildlife for everyone to enjoy.

The Grayling is now making a superb recovery following this habitat work on the Malvern Hills.  The Grayling reached its highest population in 2017 for several years and this was maintained in 2018 - all thanks to these conservation efforts.