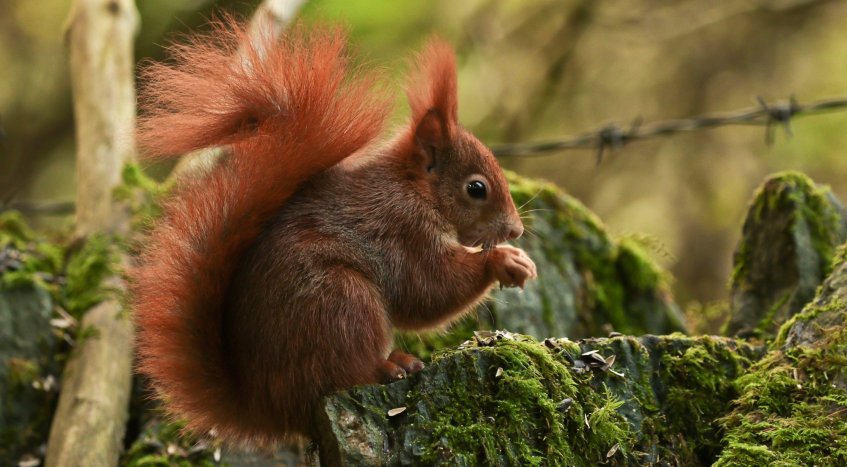 In 1997 there were just 40 red squirrels left on the island, today there is thought to be 800 individuals which are spread across the whole of Anglesey.

Red Squirrel Trust Wales Project gave the local community the skills and confidence to form a network to detect the reinvasion of Anglesey by grey squirrels. Motion-triggered camera traps were deployed and monitored by citizen scientists. The project contributed over 50 local monitoring locations to an 'early warning' database which will remain after the project has finished as a useful legacy output.

Volunteers gathered data on red squirrel health by looking for signs of disease in any of the camera images. Only suspected cases of dermatitis were recorded. No grey squirrel sightings were obtained.