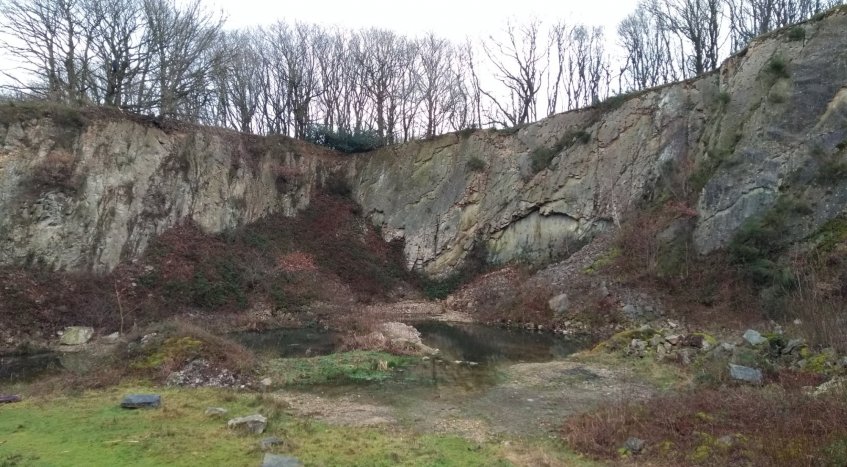 17Ha of inland rock outcrop and scree, low dry acid grassland, open habitat mosaics and calaminarian grassland were brought into management, as was 39Ha of broadleaved mixed and yew woodland. Invasive gorse was removed from the sites and ponds and ponds and peripheral habitats are now also being managed for conservation.

The sites were former quarries, mine sites and natural rock outcrop and scree, and linked not only by their habitats and history, but by their importance in supporting, or having the potential to support, some of Shropshire’s rare and notable flora and fauna.  These include specific butterflies such as the grayling, along with dragonflies, dormice, reptiles, rare bats and plants.