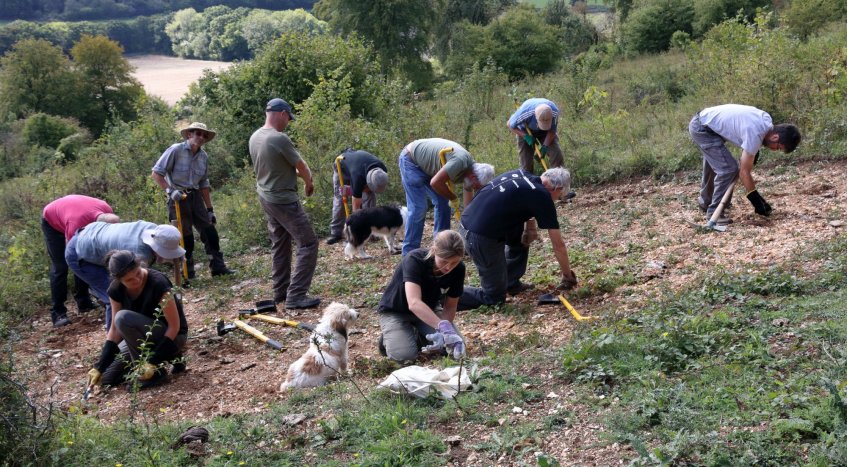 More than 150 scrapes have been created with a volunteer task force to create habitat for the Small Blue butterfly. This involves removing (scraping) grasses and topsoil mostly manually with spades and then sowing Kidney Vetch seeds. The Small Blue (Cupido minimus) has been on the decline in Surrey for many years, in part due to a lack of its’ sole food plant, Kidney Vetch.

Since 2017 Butterfly Conservation has been running a ‘Surrey Small Blue Project’ to boost the population of the butterfly and encourage it to spread across the North Downs.

The Small Blue is present at a few sites around Guildford including Pewley Down, and at Box Hill, but there is a large gap between. By creating lots of suitable patches of habitat, the butterfly should be able to disperse.

The project is also helping some other rarities such as the Adonis Blue, Green Hairstreaks, the Silver-spotted Skipper and Grizzled and Dingy Skippers.