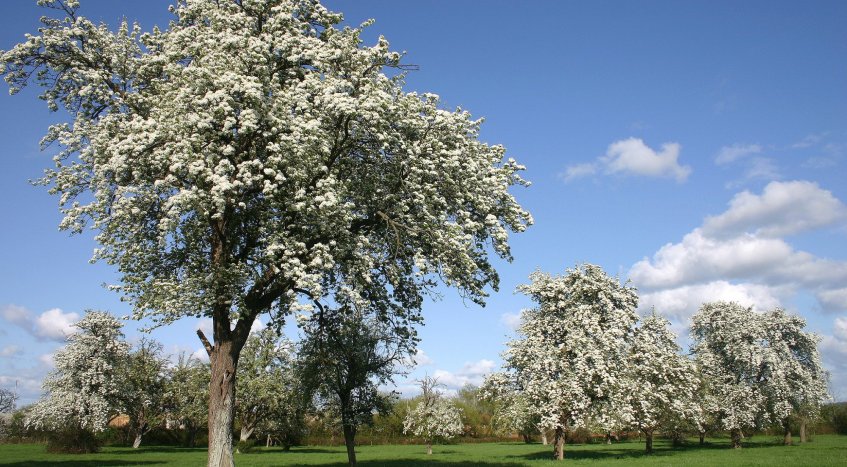 34 orchards were restored and 500 new trees planted across key orchard areas of Herefordshire, Worcestershire and Gloucestershire. One third of the UK's remaining traditional orchards, a UK BAP priority habitat, are in the Three Counties and are an iconic part of the landscape. Since 1950 approximately 80% of traditional orchards have been lost, due to development, changing farm practices and neglect yet traditional orchards have incredible biodiversity. The longevity of the trees and the low intensity management mean that they offer food and shelter to thousands of species, some of which have high conservation priority. Volunteers, local orchard groups and partners made significant contributions to the project.

TCTOP began in 2011 when concerned organisations from across the Three Counties met to propose a 'people centred' project which would address the issue of the loss of traditional orchard habitat in key orchard areas. Previous grant schemes in the region had not addressed the issue of long term sustainability or addressed connectivity between orchards.TCTOP aimed to focus on key orchard areas and to work with the people there to raise awareness about orchard loss.

The project was co-ordinated by a part-time Project Officer and training and mentoring of volunteers was delivered by a County Skills Hubs – existing orchard groups  whose local expertise was invaluable in reaching out to orchard owners. The project was unusual in that most of the land worked on was in private hands, since that is where most of the remaining traditional orchards exist.

Local experts were generous with their skills and knowledge. Over 900 people volunteered for the project and 300 + attended training days and courses.

A bespoke training course was developed for both able and less able orchard enthusiasts, this resulted in 40 'Orchard Champions' who gave over 2000 hours of volunteer time to the project over a three year period. Many of those involved are part of a network which has continued after the close of the project.