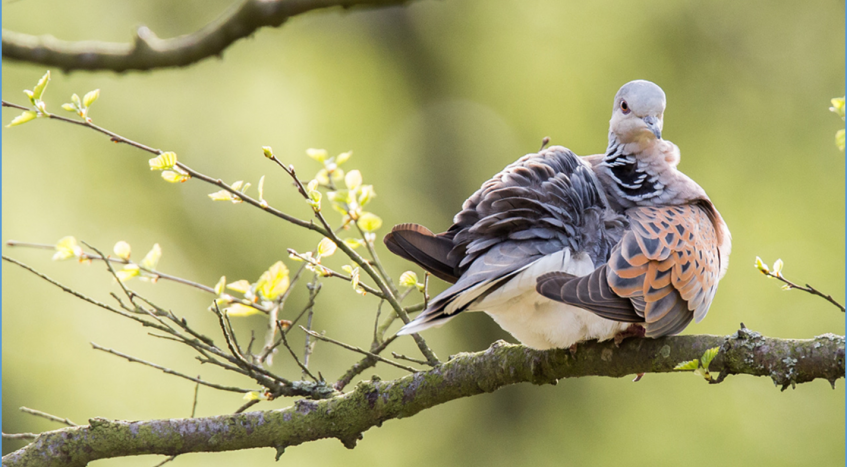 The Turtle Dove is our smallest European dove and flies 11,200km from Mali to reach the Howardian Hills each spring. The most northerly stronghold in England is in the North York Moors, but their population has declined in both the UK and Europe to such an extent that there may now be fewer than 100 birds nesting in the whole of Yorkshire.

In both 2018 and 2019 a series of randomly selected grid squares in the Howardian Hills has been surveyed for Turtle Doves, as well as for other Red List farmland bird species such as Tree Sparrow, Yellowhammer and Skylark.

1.5ha of wildflower seed plots, which include early flowering species favoured by Turtle Doves, were established in the AONB autumn 2018 close to where singing birds had been recorded. A further 2ha is planned for 2019. A Turtle Dove was again recorded close to the largest seed plot this spring