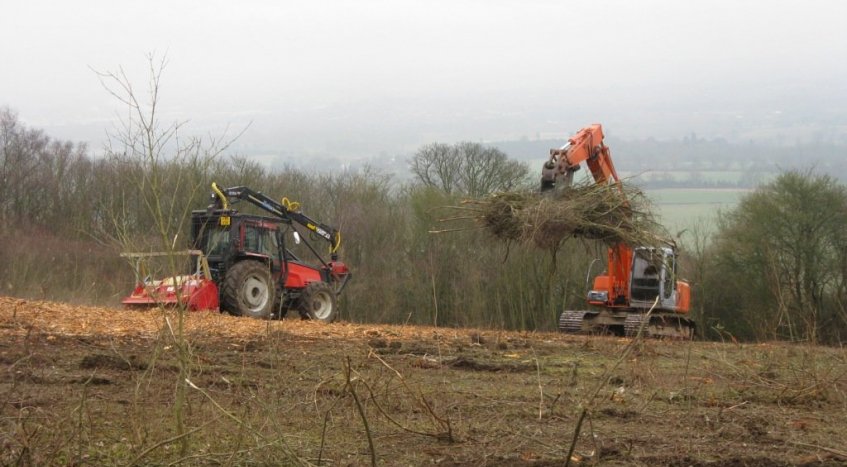 Through the Valley of Visions Project, 166ha of chalk grassland was restored to careful, sustainable management. As part of this work, over 700 tonnes of scrub were removed and used as biomass fuel (reducing carbon emissions) and a significant link in the chalk grassland network of the North Downs was created.

Chalk grassland is a globally rare habitat but the economics of grazing do not stack up. Grassland, previously grazed for hundreds or even thousands of years, can turn to thorny scrub in just a few decades. The flower-rich aromatic turf is home to many of our rarest plants and animals and in Kent it is particularly valuable as there are four species of Orchid and several moths that are found here and nowhere else in the country.

Across the Kent Downs, the Landscape and Nature for All project led to the conservation and enhancement of almost 1800Ha of (primarily) chalk grassland on over 150 sites. This was allied to 60 community projects, the engagement of nearly 2800 volunteers and young people, the delivery of over 200 and support for 16 FTE job.