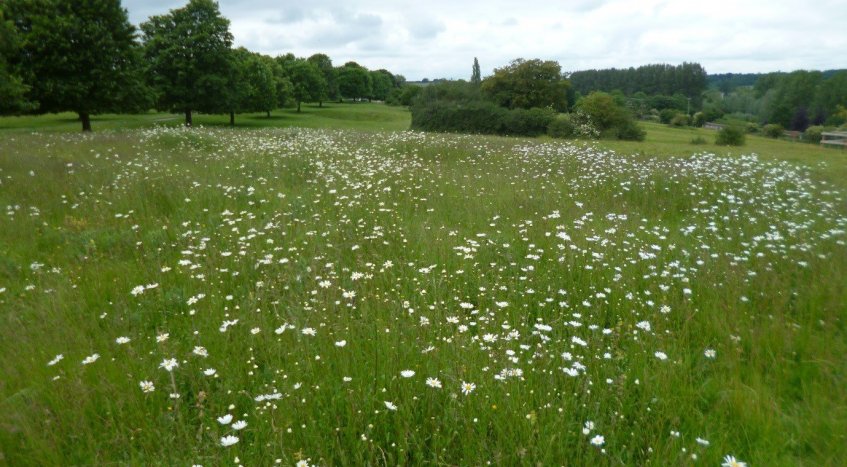 A series of enhancements have improved Hungerford Common: removal of a line of electricity poles and wires, removal of an incongruous stand of conifers; planting a disease-resistant variety of Elm in an experimental bid to restore what was once a feature of the landscape, and wildflower restoration of six plots totalling 5.59 ha.

Hungerford Common is an open landscape on the eastern fringes of Hungerford in Berkshire much loved and well used by local people and visitors.  Across its 89 hectares, most of which is grassland grazed by cattle from April to October, it displays a wealth of historic character including mediaeval, Roman and possibly prehistoric field systems; the remains of a short-lived 20th Century golf course; fortifications built as part of the defensive Ironside Line during the Second World War; and transport routes including the “old and great market road” to Newbury, the Kennet and Avon Canal and Brunel’s Berks and Hants main line railway.  From the Common there are far-reaching views northwards across the Kennet Valley and south to the Berkshire Downs and Walbury Hill, the highest point in south east England and reputedly the highest chalk hill in the world.

Through a collaborative partnership forged over ten years the stewards of the Common, the Town and Manor of Hungerford and the AONB Partnership have achieved a series of major improvements to the landscape and biodiversity of this area.