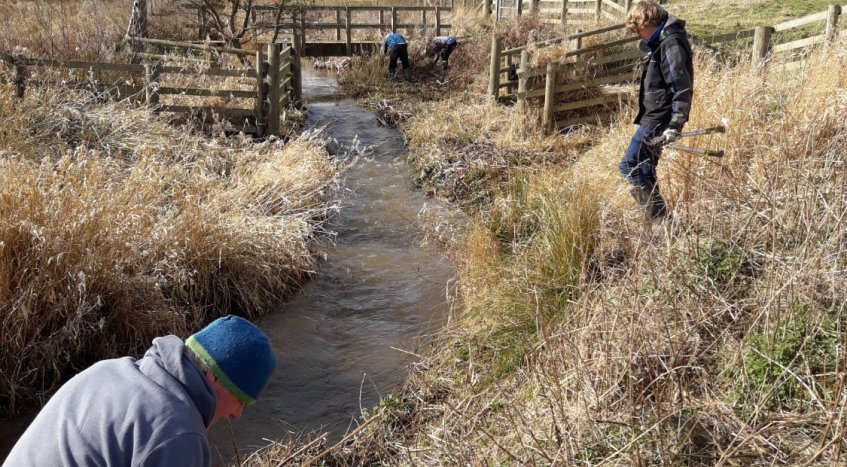 Winner of a Bowland Award in 2012, the Lincolnshire Chalk Streams Project has delivered over 29 kilometres of enhancements to riparian habitats and secured over 45 kilometres of adjacent habitat restoration. 10,000 people attended almost 100 events and the project partnered 5 universities and land-based colleges.

Nine principal river systems in Lincolnshire make up nearly 10% of the national resource.   And with approximately 85% of the global resource of chalk streams found in England, this habitat is internationally and nationally rare. Even more unique to north east Lincolnshire are blow wells, where water from deep underground is forced up by pressure through clay to create a pool of water with similar characteristics to water in a chalk stream.

The LCSP has also delivered the following over the five years of the 2014-2019 Strategic Action Plan: