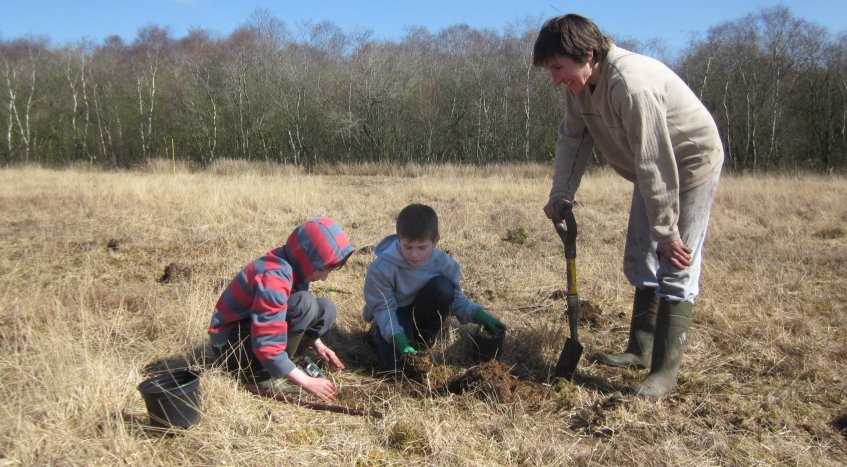 Marsh Fritillary Butterflies have increased from 48 in 2007 to 3195 in 2017 as a result of habitat improvements with landowners and with volunteers and school pupils planting 15,000 plug plants of devil’s bit scabious, the food plant of the marsh fritillary.

Marsh Fritillary butterflies are native to Cumbria but over time endured gradual decline so by 2004 were facing extinction from Cumbria with only one remaining tiny colony, on the Solway. A successful reintroduction to strengthen this colony took place in 2007 by Butterfly Conservation working in partnership with Natural England but to ensure the resilience of the species across the area, more work had to take place.