‘Bowland Haytime’ encompasses a suite of species-rich grassland restoration project activity delivered jointly by the Yorkshire Dale Millennium Trust and Forest of Bowland AONB from 2012 to the present. These projects include Bowland Haytime, Networks for Nectar and Wildflowers for the Meadows. They have helped to deliver:

The project has been nominated as it embodies so much of what the Government’s 25 Year Environment Plan seeks to achieve in future. In particular, applying the ‘Lawton principles’ of working at a landscape scale to deliver ‘bigger, better and more joined up’ and also engaging more and wider range of people in the natural environment in new and exciting ways.

Between 2012 and 2017 this activity has delivered 112ha. of meadow restoration, helping to increase Bowland’s species rich grassland by 35%. A further 3.4ha. of ‘field-scale restoration’ is planned for 2018.

The project has over the years delivered training on scything, haymaking and peening (scythe-sharpening), meadow species identification, seed collection and meadow and pollinator surveying.

In 2013, some of Bowland’s finest meadows at Bell Sykes Farm, near Slaidburn were designated as Lancashire’s Coronation Meadow. These meadows have provided green hay and seed for 38 meadow restoration sites in and around the Forest of Bowland.

From 2014, Networks for Nectar (N4N) aimed to create a living network of nectar hubs for bees and other vital pollinating insects across the Forest of Bowland. The project helped to restore and conserve small patches of species-rich grasslands, such as field corners, roadside verges, churchyards, school grounds, orchards, village greens and smallholdings.

N4N worked closely with Clitheroe Rotary Club and Lancashire Wildlife Trust to deliver an outdoor learning project involving local schools in growing wildflowers and using meadows a classroom to learn about the habitat.

N4N also developed relationships with local tourism businesses to look at how they could provide pollinator patches. An exemplar in this regard is the Stirk House Hotel, near Gisburn, where staff went the extra mile and developed pollinator patches and a large bug hotel (built by local brownie and guide groups) within their grounds.

Wildflowers for the Meadows was established in 2016 to help to restore specie-rich grassland with a particular focus on late-flowering species, which had remained absent from many of the previously restored meadows. The project worked closely with local community groups and a local school, teaching them how to identify, collect, dry, store and sow wildflower seed to grow plug plants. Seed was collected in Bowland hay meadows and roadside verges and the resultant plug plants were then planted out by volunteers in meadows across the area.

The project worked with 6 community groups and 1 school, produced 4 ‘how to’ best practice videos on seeds and producing plug plants, and 1 film on ‘Haytime’. One of the groups, Lune Valley Community.

Beekeepers have since gone on to expand the number of sites they manage and have involved 50-70 people on ‘planting days’ within the local area.

Wildflowers for the Meadows has also worked closely with Bumblebee Conservation Trust and YDMT to continue an established BBCT citizen science project called ‘Beewalks’ in Bowland, collecting much needed diversity and abundance data of bumblebee populations across the country.

Throughout all these various project evolutions, many local events, festivals, walks, talks and farmer demonstrations have been organised to excite and enthuse people about this rare and precious habitat.

“Bowland Haytime has exceeded all expectations of what was originally just an 18-month project. The various evolutions of this activity over the years has really captured the imagination of so many people. It has developed a real ‘meadows’ community across the area with farmers, conservation organisations, local communities and volunteers all working together to ensure a future for this rare and precious habitat in Bowland.” – Sarah Robinson

Quote from a young participant thinking about the importance of pollinators 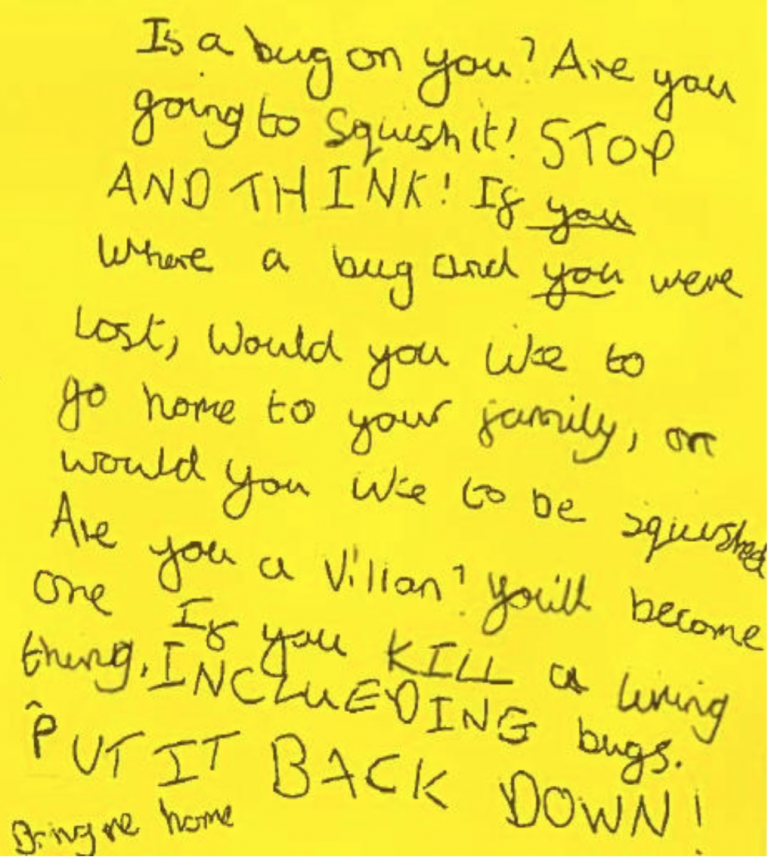